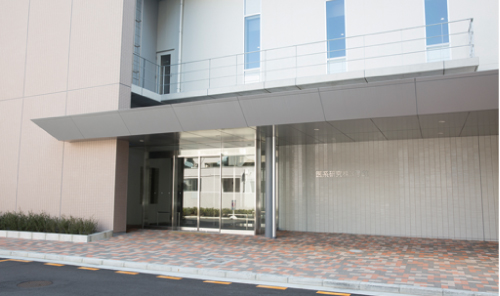 "Contribution to the development of medicine through academic activities" is
part of Kishokai Medical Corporation's vision.
In order to accomplish this, we have gathered abundantly experienced researchers that,
armed with state-of-the-art investigative equipment and in collaboration with the
Nagoya University Department of Obstetrics and Gynecology, are conducting research in these primary areas.

This research course engages in daily research split primarily into four groups: the neoplasm group,
the fertilization group, the perinatal group, and the anesthesiology group.

Our research staff together do their utmost to develop world-class research results.

The goal of anesthesia is to safely manage and reduce the pain of a patient undergoing a surgical operation.
In order to provide for even safer, high-quality anesthesia, we are engaged in the below basic research.

Research on follicular development, the control mechanism of ovulation

Improvement of reproductive medical technology to expand the possibilities of childbirth has become an important issue as women have advanced in society. We cultivate a section ovarian tissue outside the body, and by reproducing the phenomenon from follicle development to ovulation under culture, we conduct research and technical development for artificially obtaining oocytes (see figure). Currently, by using this ovarian tissue culture technique to continuously observe the process of follicle development to ovulation in the ovary under a microscope, we are working to elucidate control mechanisms of the periodically occuring phenomena inside the ovary, such as follicle development, egg maturation, ovulation, etc.
In terms of applications, by combining these research results with ovarian cryopreservation technology, we are working on research aiming to establish new medical technology, so that those who receive treatments that may affect ovarian function, such as female cancer patients in young age, can conceive and/or give birth after treatment. 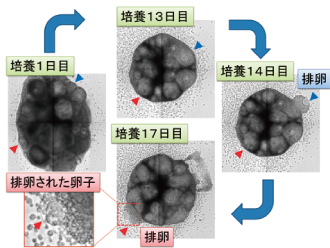 Pieces of mouse ovarian tissue were cultured, and follicle development to ovulation was artificially induced.
The release of the first polar body can also be observed in the ovulated oocyte.
Red and blue arrows indicate the same follicle.

To contribute to gynecological cancer treatment, the tumor group conducts research to elucidate the mechanism of malignant transformation. In particular, we work from the direction of metastasis / invasion, epithelial mesenchymal transition, and cancer immunity.

Metastasis / invasion is deeply involved in cancer malignancy and prognosis. Conversely, if there is no metastasis or infiltration, cancer can be considered easy to treat. The most common metastasis of ovarian cancer is peritoneal seeding. We are conducting research on metastasis and invasion of ovarian cancer, especially with regards to epithelial mesenchymal transition, for the purpose of suppressing peritoneal dissemination. Epithelial mesenchymal transition (EMT) is a phenomenon in which epithelial cells lose their properties as epithelium and change into mesenchymal cells, and it is clearly important in the normal developmental process of organisms, such as gastrulation of early embryos, and the process of organogenesis. However, in the case of cancer, this EMT plays a critical role in cancer malignancy. In other words, it is thought that through EMT cancer cells lose intercellular adhesion, and increase motility, making it easier to metastasize and invade.
Currently, in order to clarify the mechanism of metastasis / invasion and EMT in ovarian cancer, the Tumor Group is analyzing known inducers and transcription factors, and attempting to find novel inducers and transcription factors.

Cancer is originally our own cells that have lost control due to external and internal factors. As such, it should be eliminated by our immune system. And in fact, most cancerous cells are eliminated by the body's immune system. However, some cells, by some kind of mechanism, avoid elimination by the immune system, continue to proliferate, and develop into the disease called cancer. Therefore, it is extremely important to analyze the mechanism of immunity against cancer. Based on these findings, there is also a possibility that new targets for immunotherapy, which has drawn attention in recent years, can be found. 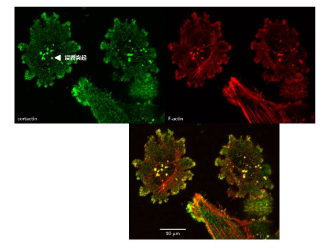 Figure 2: Cultured cells derived from cancer (Invasion protrusions observed from the side)

In these topics, we have published papers on the correlation between the prognosis of cervical cancer and B7-H4 expression, and the usefulness of GPC3 as a target for immunotherapy for ovarian cancer.

Perinatal is the term for the period from the latter half of pregnancy up to about a month after the baby's birth. We in the Perinatal Group conduct fundamental research with the aim of elucidating the mechanisms of various diseases affecting pregnant women and babies in the perinatal period, and establishing new treatment methods. We especially focus on pregnancy hypertensive syndrome and preterm birth, and are conducting research in collaboration with the Nagoya University Department of Obstetrics and Gynecology.

In pregnancy-induced hypertension and placenta accreta, it has been shown that the invasion of chorionic cells, which form the placenta, is abnormal. It is also clear that expression of anti-angiogenic factors sFLT-1 and sENG increase in pregnancy-induced hypertension. We aim to clarify the molecular mechanisms of the onset of these diseases and to establish new treatment methods. Specifically, we are focusing on searching for factors that regulate secretion of sENG, and differentiation of the trophoblastic cells that produce sFLT-1 and sENG.

Search for prognostic markers of the onset of obstetric complications

Obstetric complications such as pregnancy-induced hypertension and premature birth can cause harm to pregnant women and babies, and we hope to develop an easy and accurate early diagnosis system through maternal blood. Utilizing blood samples from expecting mothers who have given birth in Kishokai, we search for diagnostic markers so that we can predict, detect at an early stage, and prevent the onset of obstetric complications.

Treatment of cancer includes therapies targeting common biological properties (eg, high proliferative potential) of cancer cells, and therapies targeting the characteristics of individual cancers. With the development of remarkable molecular analysis technology in recent years, the diverse characteristics of cancer diseases have been successively clarified. Along with elucidating the characteristics of various cancers, new biomarkers and molecular targeted therapies have been created. In the future, it is thought that patients can receive optimum treatment (tailor-made medicine) suitable for each individual, through detailed diagnosis using biomarkers and targeted therapy in accordance with the molecular mechanisms of various cancers. We are engaged in research activities aiming for treatment in the field of gynecological cancer. In fact, using clinical specimens from the University hospital, we search for gynecologic cancer-specific molecules through the latest gene analysis technology, and through analysis using cultured cells and experimental animals, we are working to establish new diagnostic and therapeutic methods. Because our research is based on findings obtained from clinical specimens, we believe that our results directly link to patients' benefit. We conduct our daily research activities bearing in mind that our research stands side-by-side with our patients.
＊Clinical specimens are handled under the approval of the University Internal Review Board.＊ 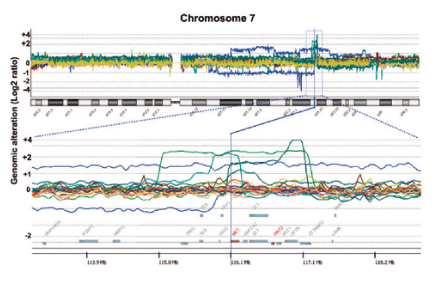 The region in which genome amplification was caused for 21 samples of ovarian clear cell carcinoma was identified by the array based CGH method. In this region, in 6 specimens the region containing Met gene is amplified. The Met gene has been reported to be related to cell proliferation, apoptosis (programmed cell death) resistance, and the like.